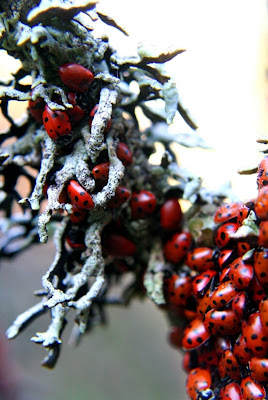 In this harsh cold
The masses wander aimlessly
Through a barren world,
Hungering for food,
Thirsting for water,
Surviving on hope,
And
Searching for their souls.
—Poem and Photo by Ronald Edwin Lane, Weimar
____________________
OPERA GLOVE
—Trina Drotar, Sacramento

She opens a box removed from under the bed where it’s
resided since 1989, brought out once or twice a year to
dust the rose print, not as faded as the curtains in the room
open to the morning sun or the carpet in the room receiving
afternoon light. She removes a pink, floral handkerchief,
still stiff with starch and trimmed with hand-knitted lace,
places it against her cheek, feels the rough cloth, closes it
within her right hand, wadding the pansies and lace into a
bouquet that springs back once unfisted, then folds the cloth
into a three-fold rectangle and places it in a brown paper bag
before removing the next item.

She feels the wetness seeping
through her soft soled slippers
as she carries the remnants
of the holidays to the trash can.

Overhead the heavy clouds dash past
bulging with snow for the mountains.
Behind the deck—a compost pile
of last year's resolutions.

Tuesday morning tangible as oatmeal
on the stove. Last night on TV
a hippo browsed nameless greenery
in some far-off world. At this
very moment, somewhere, a girl
waits backstage mumbling tragic line—
will they grow, by years
and repetition, trite?
In another time zone, a woman
cradles an antique pitcher
someone cast aside. On this particular
Tuesday morning, oatmeal’s
brought to boil on last night’s cinders
blown to flame. Look out
the pane at end-of-old-year light.
Isn’t it time to quit
window-shopping life?

When our Earth gets in the Moon’s
way, it can shake a lifeline
loose. I woke up

on the floor with all the walls
shivering. Earthquake.
Someone died. Someone fell

in or out of love. Tonight
the lights and darks line up in their
personal orbits. Clouds

obscure the sky. Such
patterned steps behind veils.
Whose head

is served tomorrow on a
platter? Who
dances with a new love?

We left our coats and rain-boots,
and stuffed verve in our
pockets, or zest – I couldn’t translate
to your language, any more
than the weather we left like reasoned
argument behind. A flight
to sans-souci, to honey-
moon? No marriage, but who hitch-
hikes alone when a kiss is
free as a ride? Somewhere south
a sea was winking. We left
our woolens, slid into bikinis
thin as water rippling
over ancient viaducts. Cautious
travelers may take their
tonic spiked with limey gin
and call it quinine.
For us, the unhygienic bota,
cheap white wine
fountaining into open mouths.
We forgot everything
our mothers ever told us.

We had been traveling a long time.
The children were almost grown.
They spent a lot of time away from
Us now and often looked at us curiously.

There was no way to tell them
What happened as they came
To consciousness. There were so
Many events. They had their own
Memories. Perceptions are like winds.

We had finally reached a place where
We could see beyond the mountains.
All was open space that seemed to stretch
Forever. The air itself had changed.
An elation washed over us we had
Arrived. We were no longer tired.

Now, we knew the journey could
No longer be driven by past efforts, be
Directed by past accomplishments or carry
Past hopes. All would be different now.
We did not know how, but we knew it
Implicitly, as part of our breathing.

We would like to have stopped here
For a moment, to understand how weaving
Our lives manifested so many experiences,
How visions might drive, how love becomes
A core of living, even as it changes all our
Definitions of what it might be. How much
We do not know as we persist. We spoke

One to another, quietly, made promises,
Pledged ourselves never to forget all
That had brought us here. At dawn new
Plans began to unfold. We breathed

Upon one another, touching as we did so.
Marveling at this moment; then began the next,
Trusting still, our dreaming, our children, our
Conviction that understanding would come,
Each other, each step, always only a next step.
Each step always aflame with change. Always alive.

(My apologies to Sandy Thomas; yesterday's photo of Bill Gainer was taken by her, not Trina Drotar.) 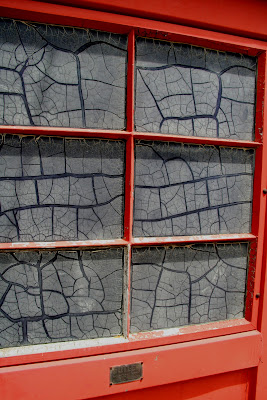 Posted by Kathy Kieth, Wrangler-in-Chief at 7:28 AM