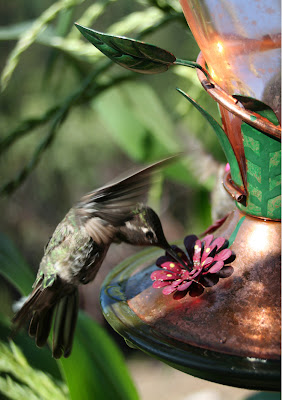 This new technology
Is great
I guess
But what if we
Rely on it
To survive
And it breaks?
—Photo and Poem by Ronald Edwin Lane, Weimar
_______________________
What if The Nutcracker were done instead as an opera?
Clara wouldn't be such an innocent adolescent;
she'd be crying and wailing on about her isolation
being kept protected from the world in the Stahlbaum house
as if to keep her from growing up,
not allowed to read Romanic-era authors such as Goethe
as well as her unfulfilled dreams
and fantasies of men, candy, and fairies,
fearing the day she will be forced to marry
a man approved by her controlling godfather
rather than the one with whom she is in love
And a rat king after being hit by Clara's slipper
would then, like, take forever to die
moaning an aria that a girl caused his demise
And then Clara in her way would both lose yet still win
after perhaps the feisty boy Fritz decides to take her away
and realizes why he broke the nutcracker—
to show his act of defiance,
that he's a political revolutionary just like the French
and they get lost together in woods of snow
—Michelle Kunert, Sacramento
______________________
Thanks, Michelle, and today's other contributors. There IS a Seed of the Week this week, but some of you early birds checked into the Kitchen before 7:15am yesterday and didn’t see one. That’s because that’s the time I realized that it was, indeed, Tuesday, and I had posted without a SOW. But it’s not too late; give us your thoughts about all this shopping madness: Shop Til You Drop. (I remember when Black Friday referred to the day Christ was crucified…) Anyway, send us a poem about the whole thing: disgusting, joyous, boring—however shopping mania strikes you.

One of those early birds was Taylor Graham—but of course she was up and at ‘em because she reads on the radio every Tues. morning. Only four more chances to hear her read from her historic book, Walking with Elihu, on the radio! The station is the Central Connecticut State University’s station WFCS (107.7 FM) in Burritt's home town of New Britain, Connecticut. It can be accessed best from home computers (with sound) at www.live365.com/stations/wfcs/. It airs from 8:03am to 10:03am Eastern time; that’s 5 to 7 on the West Coast every Tuesday morning. Taylor’s segment is usually advertised around 8:45 and she comes on just after the middle of the program (6am PST). The program “Frank, Gil, and Friends” features Frank Sinatra and singers of his era (friends) and is hosted by Gil Gigliotti, arguably the most knowledgeable expert on Sinatra (with the possible exception of Nancy) anywhere in the world. Even without Taylor (Judy), the program is fun to listen to. And it travels so many miles away, then bounces back to us... amazing!

But now this is Wednesday (I think), and there's plenty to do tonight! It's another one of those nights when several readings have piled up against each other; I hope you can sample at least some of them. (See the b-board at the right of here for details.)
Next Wednesday, December 8, is our next Rattle-Read at The Book Collector, 1008 24th St., Sacramento, 7:30pm. Ron H. Peat of Auburn will be reading from his new book of poetry from Xlibris, and Rattlesnake Press will release a new broadside, A Bench Called Henry, from Sacramento's Richard Zimmer. Special Treat for Medusa Readers! We're also going to have a seasonal open mic again this year featuring Medusa's Kitchen readers and their poems of the season (your own poems or somebody else's: winter, Christmas, Hanukkah, Kwanzaa—whatever "the season" is to you), five minutes each. If you'd like to read, please let me know (kathykieth@hotmail.com). That's five minutes each.
_______________________
ONLY 23 MORE SHOPPING DAYS
—Taylor Graham, Placerville

Main Street, 7:46 a.m. Shop-fronts
of tinsel, angels, a rhinestone star.
Sidewalks almost deserted. Just
one man in Army surplus parka,
winter boots with mud in the soles.
Not even window-shopping. He’s
got a garbage bag; pokes into a
trash can, stirs and probes,
resumes his progress east. No.
He’s stopped outside the hardware—
staring past his own reflection;
stacked cans of paint and floor-wax.
An old-time butter-churn
with a holly bow. An object once
useful. What memory might he
slip—a scrap of joy—into his
pocket? Who knows what’s price-
less in the mind?
_______________________

to the clerk in the used book store in riverside from which i didnt buy anything
—geoffrey neill, sacramento
your store was nice enough
good selection
nothing surprising
though maybe i missed your prize sections

also, its ok to speak softly
in places with books that arent libraries
so dont feel obligated
to tell us not to

the hand held
—geoffrey neill
the hand held
the leaving hand
then the finger
then released and
like a sorcerer's trick
a bird sprang quick
and the face watched it flee
and ripped a keen that split the sky
and through the rift
flew the bird
into the endless
the nearly massless
the almost empty
sea of space,
the nearest galaxy
more than a lifetime
away from here

This year I was going to impress
my family and make meals from
scratch…the old fashioned way.

I checked in the garden, went to
the super market, the certified
organic farmer’s market, and
went all over town but only found
potatoes, onions, flour, celery,
spices, etc. all neatly packaged in
bags, boxes, bottles, cans, and
jars.  There was no scratch in any
shape or form. 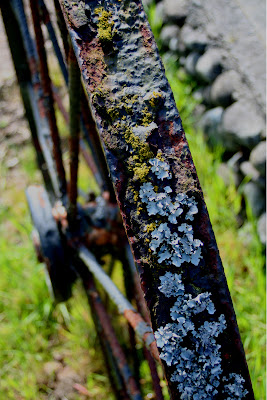