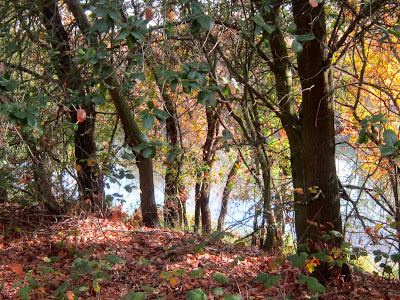 Time dared History to dream
But it feared for its many children.

“I might find places where
You are not,” said History.

“Do you remember Death?"
Said History.  “He was once
My lover.  He would tell
Me stories, empty spaces
And the void of wars,
Nights without stars
And love that crosses
All ages.  It walked
The corridors with them.”

Time could not speak.
It found a nameless fear,
Hollowed and with an eternity
Rife with recurring memory.

Then, the poem began and
Time answered fervently.

The poem has found a cliff somewhere.
Monsters roam there.  They wrap
Themselves in figured rugs,
Attempt journeys to the realms of queens,
Tempt wild dogs to the blood of insolence.

The thing becomes vague.
There are mirrors dispelling
What would conform its studied
Rhythms and the quality of blue
It scatters toward what evening
It may contain.

I approach it as something supreme,
Made of words that have succeeded
In creating some passion, crumbling,
Sweeping through a nearly forgotten
Language.  I will attempt
To understand it as it deserves
To be understood.  I find myself
Only full of anxiety, only able
To write, only able to invite you here
For a brief time.  I clutch
At the structure as it becomes pure ash
And proves itself to be as real
As any dream, as any serious tale
Trying to tell both why and why
Its pale geometry burns everything
It touches. 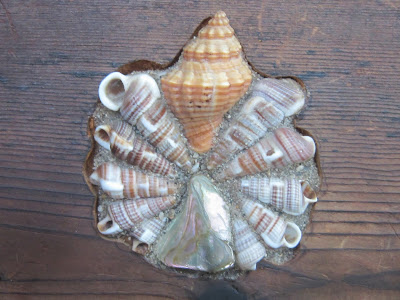 Deep burns begin to appear
On my arms.
There is a way they might be healed.
Do not leave me alone.

I live by enchantment.
A great bear guards my bed.
A couple dance on its headboard.
A mandala of shells graces my feet.
The light in the morning entertains
My windows to the East.
To the North only imagined trees.
I dare myself to live like this.
Such a cloth.  Such a great tempest.

I had a room on the edge
Of a garden for many years.

It stood before the Gates of Hell,
Filled with asphodel and the shadow
Of deer and filled itself
With globes of light and all the
Mirrors of music, with tigers
And a hand revealing sunsets
And sunrises and the many states
Of water.  But I do not remember
It well at all.  It was all like
The clear glass dreams employ
To keep everything that is non-changing
Away until the last moment,
So one might understand Paradise.

We were invited to the trial
But somehow the children got confused
Or were unable to handle any information
That came from the world outside
Their heads.  We were sorry for them.

The entire field became transparent.
There were guardians dressed in Chinese
Suits and carrying huge swords.
They probably wouldn’t have hurt
Anyone, but there was no way to be sure.

Headlights flooded the sides of the road
Near the bridge.  Even this far back
We could hear the tires squealing and
See the blue smoke.  The sound of metal
Crunching sounded like someone eating.

Reflections began popping back and forth
From the shields carried by the servants.
They had their own concerns and we were
Just as dreamers to them.  Whatever
We did, whatever we decided, would
Seem as nothing to them.  They gave
Us jobs to keep us busy.  The children
Sat and watched us as if they could learn something. 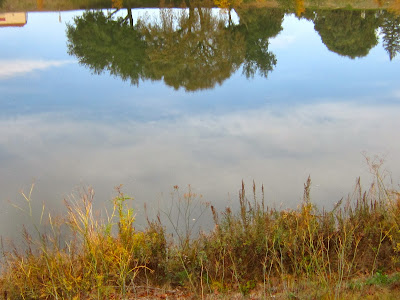 A STORY IN STANZAS

The sound would be lost
At once were the box opened.
It is impossible to record the music.
It seems to create an empathy
In the listener as a Paraclete would.

For each listener, called ‘voicers’
By those who study this event,
The experience of the music
Is significantly different.

This is known:  The music
Is always melodic, memorably
So.  Rhythm is patterned.
Certain passages repeat themselves,
Yet, this is extremely rare.

Animals, from insects to birds,
Mammals, reptiles, amphibians, seem
To hear these sounds with ease.
They oftentimes pay long attention to
The sound.  All have been seen moving
To the rhythms seemingly generated by it.

Some researchers believe particular
Mating behaviors in many species
Have been initiated or changed by
Exposure to this music.  Much more
Research is necessary to prove this.

It is said that people who have encountered
This phenomena have recorded their names
In a document upon doing so.  This document,
While testified to, has never been verified.

The box has moved frequently
Since its discovery.  It is liable to appear
Almost anywhere.  It has been seen and
Heard off the Australian Great Barrier Reef
As well as in the Himalayas and the jungles of
Peru, Southeast Asia and South America.

No one knows how the box comes to
Move or where it may appear.
Its appearance has always had the quality
Of a mystical event about it.
In the past seventy years it has been seen
Very infrequently and very briefly.

One other box was known and was opened.
It shattered immediately and caused great
Disturbances in the Earth’s
Magnetic fields and impressive light patterns
In the ion layers of the atmosphere.

Its existence is usually denied except
In poetry and certain fairy tales.

If you encounter this box, contact
Creatures that sing or listen to
Recreate your own experience
That others may know these songs.

BEING AS MANY AS LEAVES

Oh this is peaceful.
This light stays when all
Else fades.  It is a serious
Pursuit, worthless, yes,
Useless, oh certainly and I suppose
Even boring to some people,

Those ill on the world, drunk
On its ‘nobody’s a long time’,
Sentiment and that heritage
Of, ‘if anybody even attempts
To think deeply about something
They are the sick ones.’  And here
We are, driven toward a beautiful
But terrible forest full of dead
Souls unable to be serious about
Anything except the executioner
Returning to darkness and the murder
That goes on in this perfectly
Lovely world.

Listen to them growling.
Let’s go get ourselves born
So we don’t have to deal with these
Things that feel darkness and ignorance.
Fury, boys, let’s give them fury, real FURY.

Tom Kryss extended his hand
And burned his fingers on the stars.

“I did not realize they were so close,” he said. 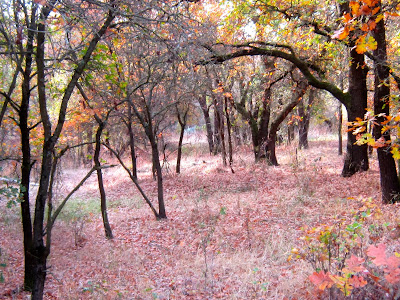 Posted by Kathy Kieth, Wrangler-in-Chief at 6:11 AM