This Single Drop of a Moment 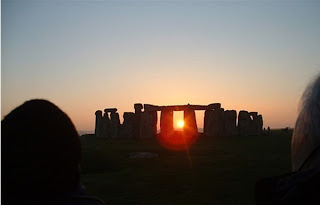 As I finish my wine, I think of my friends.
Right now each is doing some particular thing,
sleeping or making love or reading a book.
Here it is autumn. A car in the street
keeps honking its horn, then roars away,

squealing its tires. When we were last together
it was in the country. The sun had set
and in the room where we sat a single lamp
was burning, its red shade casting a glow.
Two were reading, others were talking.

A moth kept flinging itself at the light,
batting its wings on the shade, till someone
caught it and took it outside. I wanted
to touch thse people, explain how much
they meant to me and how my life felt

enriched by them. Briefly, the moment hung
like a single drop of water from a faucet,
and the very second felt split open: a rock
in which one finds a tiny cave filled
with bright crystals. But then a car began

honking from someplace nearby, an angry
jittery noise, and when at last it stopped,
the drop had fallen and had begun its journey,
the solitary journey made by each of us,
rushing streams, broad rivers, unknown seas.

I hope I have taken advantage of such opportunities in the past to tell each of you readers, poets and friends how much you mean to me, but if not, then consider this to be such a moment. You are my good friends: friends in poetry, partners in publishing and cohorts in this vast and startling adventure that is, not only Rattlesnake Press, but the life we share at this moment on this planet.

Posted by Kathy Kieth, Wrangler-in-Chief at 7:43 AM